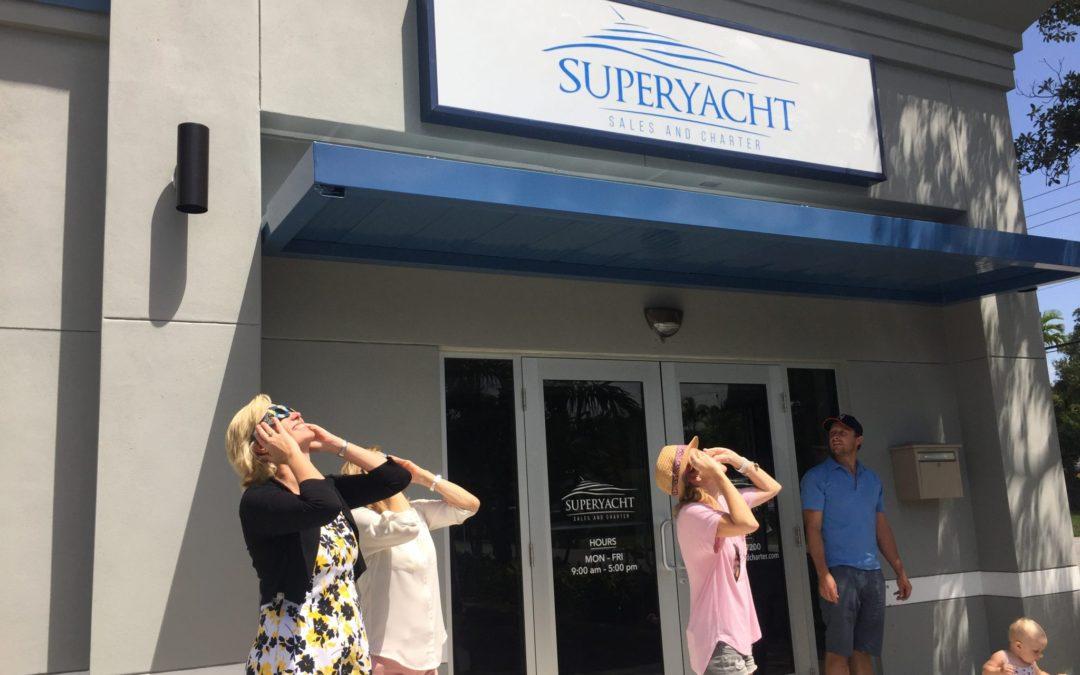 Our Team Enjoying the Solar Eclipse in Fort Lauderdale. 🙂

The solar eclipse of August 21, 2017, is dubbed the “Great American Eclipse” by the media and visible within a band that spans the entire contiguous United States passing from the Pacific to the Atlantic coasts. As a partial solar eclipse, it’s also visible on land from Nunavut in northern Canada to as far south as northern South America.

This marks the first such event in the smartphone and social media era in America. The solar eclipse has recieved much enthusiasm with people gathering outside their homes and offices to watch it (like us!). As we hear it, plenty parties are set up in the path of the eclipse to celebrate this monumental event. It’s event reported that people have traveled hundreds of miles just to get a glimpse of totality, which most will never get to experience in their lifetimes.

We feel very lucky to have been able to experience it and hope you did too!